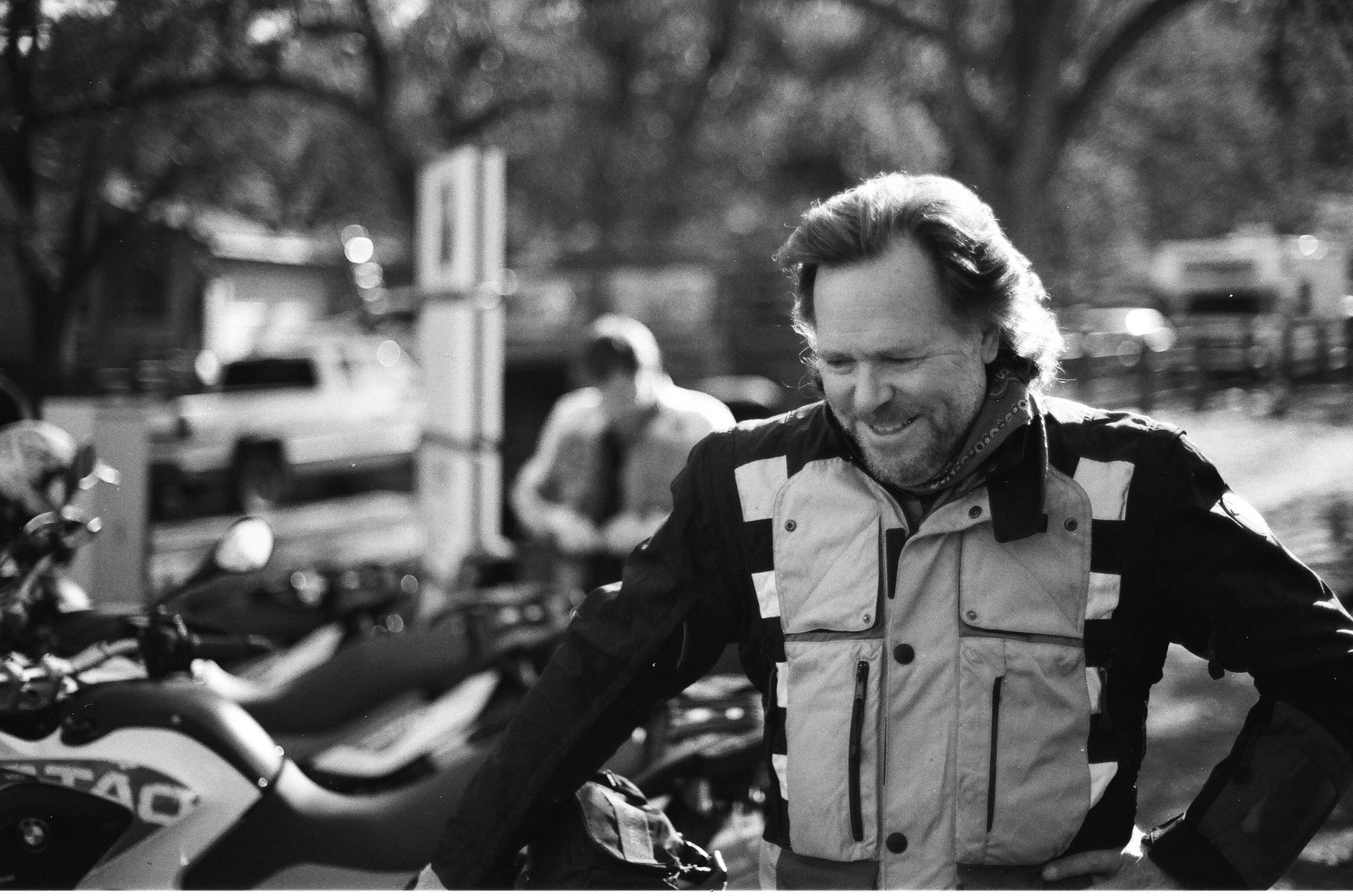 Motorcycles have played a significant role in my life. I have tried, but cannot figure out why or how this love of motorcycles began anymore than I can explain how aggressively it took root. A bit like falling in love, I suppose, as there was no rational explanation. It just was. If there is any blame (or thanks), Honda must shoulder some of it for seducing me with their Trail 70. It was love at first sight. I clamped eyes on that machine and didn’t let go until I got one. Earned at 50-cents per hour I managed a slightly used 1970 Trail 70 when I was thirteen. With the undeveloped Santa Monica Mountains as my playground and turning laps on the mini-bike track at Indian Dunes, I entered what were to be my halcyon days of motorcycling.

But first, some vanity. Born in 1958 to infamous “B” filmmaker, Larry Buchanan, I talked my way into working on his films as a kid. Whether it was being an extra, an assistant editor, or grip work, some of those camp films (my father’s legacy) were what allowed me to fund and fuel my own passion.

I was part of that tidal wave of two-wheel euphoria that swept the nation in the early 1970s. For people too young to have been there, there was practically a collective consciousness about motorcycles, bordering on a religious movement. It felt like everyone wanted a motorcycle.

Once I acquired my Honda Trail 70 my desires were simply to do some docile trail riding. That all changed in a powerful double-punch; seeing my first motocross race (the Trans-Am at Saddleback Park where the world’s best riders and their mastering of riding were on full display) and salivating through five back-to-back screenings of Bruce Brown’s “On Any Sunday.” I was never the same. Motorcycles and motocross consumed me.

What followed over the ensuing years was a steady increase in speed and ability. California in the 70s and 80s had a number of motocross tracks, providing an abundance of riding opportunities. A succession of motorcycles passed through my hands. Depending on available finances they were either new machines or used mounts—which often required a great deal of work and delivered a host of frustrations. Regardless, I loved them all, each bike contributing to a rich treasure trove of memories; early morning desert outings, immaculately groomed motocross tracks, local racing, and many Friday nights spent in the garage with an FM-radio infused atmosphere.

My love of motorcycles and the inherent mechanical knowledge that entailed led to me wrenching for Scott Johnson, my best friend, when he was signed by Team Maico to contest the 1982 AMA 250cc Motocross and Supercross Nationals. Although seriously out-gunned by the powerhouse Japanese manufacturers with their one-off prototypes, it was one hell of a way to see the country for two 24-year-olds. We loved being part of “the circus,” as it was referred to.

After six months, 18,000 miles, and two-dozen National events I never wanted to wash another bike or change another tire as long as I lived. I wrenched for Scott one last time, at the 1983 Carlsbad U.S. Grand Prix, fulfilling a boyhood dream of making it to the GPs. After that, I consciously eased away from bikes, having decided it was time to grow-up.

I went back into what I knew; movies. Working in the film industry consumed me and I allowed a full sixteen years to go by without once turning a throttle or dropping a clutch. But motorcycles were never far from my thoughts. In 2000, having started directing commercials, I found myself with disposable income. I bought a Honda Superhawk for the street and a CR250 for the track. I was back on a motorcycle.

In 2002 a happy confluence led to an opportunity to write a motorcycle review in Robb Report, which led to another assignment, and then so on and so on. Eventually, I gravitated out of the film industry and entered the ranks of the “moto-journos” in the realm of motorcycle journalism. The experience granted me the privilege of riding an extensive array of wonderful motorcycles all over the world. Once again I find myself being part of “the circus,” just from a different perspective. So much for growing up.