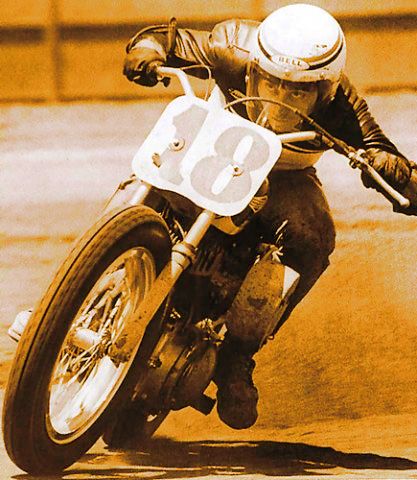 It was the summer of 1971. I was living in Pacific Palisades, California. A long-haired kid in love with motorcycles I had the undeveloped Santa Monica Mountains as the playground to ride my Honda Trail 70. As great as life was, it was about to get much better.

When Bruce Brown’s feature documentary, “On Any Sunday,” opened in movie theaters nationwide it changed my life. And at the center of that change was one of the featured protagonists; Mert Lawwill. That famous cut of Mert walking down the street in San Francisco, to him pitching his Harley XR 750 sideways, the rear tire throwing out a roost of dirt, had me hooked instantly.

Over the course of five straight viewings (I kid you not) I changed my entire perception of motorcycles. Instead of docile trail riding, I wanted speed. I immediately opted for Mert’s famous number 7 for my BMX bike and took to sliding on our high school’s covered/outdoor cafeteria eating area, where my cronies and I lined out an oval. We would empty a trash can of water to make it slippery enough to make it possible to sustain a full-lock slide.

However, as important a hero as Mert was to me as a racer, there was another deeply critical aspect to the admiration. In high school, I was extremely short. When Bruce Brown famously announced that Mert Lawwill was 5’6″, I found a new confidence and pride. No longer was I affected by the taunts and ribbing about my height. If that ever was the source of mud-slinging in my direction, I thought of Mert, all 5’6″ of him tossing that Harley sideways at 100mph. The chiding was reduced to water off a duck’s back.

Some thirty-four years after “On Any Sunday” hit theaters I was working as the editor of Robb Report Motorcycling. I met Mert at Sonoma Raceway and we had a Coke together in the media box. It led to us doing a feature on him and his custom-built replica Harley-Davidson XR750. Mert, bless him, put me on his Christmas card list.

In 2017 I released my book, “Collected Wanderings,” which is a collection of some of my favorite pieces from over the years. At The Quail Motorcycle Gathering that year I presented a copy to Mert. He said, “Jeff, you have to sign it.” I was stunned. Here was Mert Lawwill, my hero, asking me to sign a copy of my book. I told Mert, “Hold that thought,” and went looking for a photographer to chronicle the moment. That, in and of itself, marks the absolute zenith in my journalism career.

When I think back to me at thirteen, sitting in amazement in a dark theater, watching Lawwill on-screen, knowing I had acquired my first-ever hero, I never would have imagined, that all these years later Mert and I would be friends. Thank you, Mert. 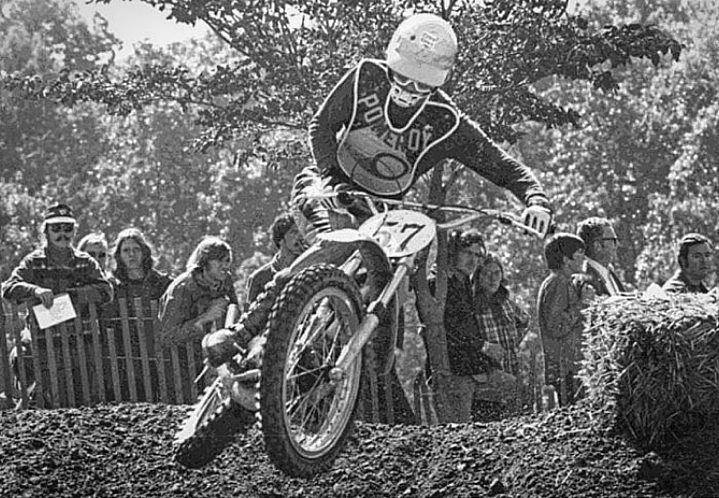 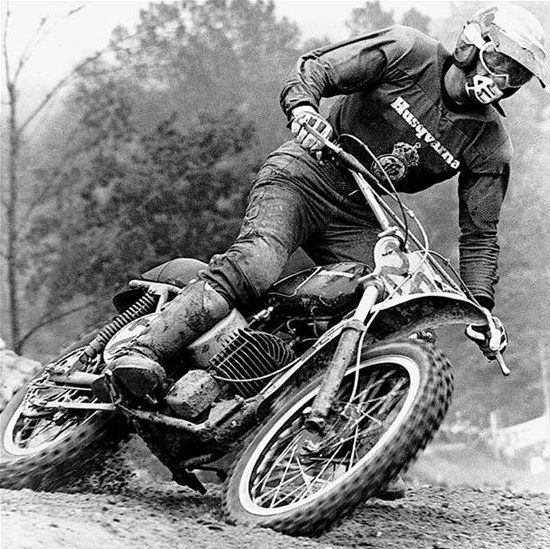